Children are like sponges. Not in the commonly-thought-of meanings of being a mooch, parasite or freeloader, but in the sense of drinking in, soaking up, and saturating themselves with information regarding the world they live in. 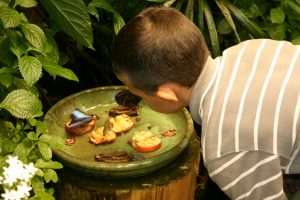 Children are born with an innate and fairly unquenchable curiosity. They have a great desire to explore the world they live in, to emulate those around them and to show how much they’ve learned and know. These things make them very attentive to what’s happening in their immediate sphere, and spreads further afield as time passes and their exploration of things immediately impacting them expands.

The innate curiosity is a valuable thing that has the built-in sidekick of an intense love of learning. Unfortunately, the love of learning is often doused by repetitious, boring busywork that forms the basis for most of what people experience as school or their education as young people. No wonder they try to fill that boredom with things that are exciting like games, movies and any screen.

Sponges soak up liquid. Lots and lots of it. And when they’re filled up, they start to share it. Ok, so sometimes that sharing is all over the rest of the counter, but the point is that it spills out when it’s chock-a-block full. Just like children. When they learn, what they know and have gained some insight into spills out into the ears of anyone willing to listen. 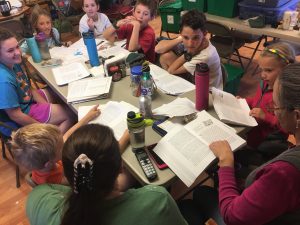 It’s for the very reason that children soak up information and experience that one of the ways to feed it is to read to them, above their reading level. Also, read to them above the level that you think they can understand, because you will be surprised at what they take in from what they’re exposed to. This isn’t just with reading, though reading is something we have always done with our children. It goes to what they see, hear, read, and more. My sister’s experience with my young son watching a dvd of a college professor give a lecture on architecture sold her on this particular point. He watched the show and the next day, when he found his Lego creation wasn’t stable, we reminded him of the dvd and asked what was missing. He immediately went and fixed the problem based on the college lecture he’d seen the previous day and brought out his now-stable tall building made of plastic blocks.

Help your child develop a love of learning by being attentive to their interests and then giving them food to think about and problems to solve. You’ll be amazed at the volume and depth of what they ‘get’ and understand from things you introduce them to and read to them.