If there is one thing I wish we’d done more of in our early homeschooling years, it would be International Day. In our children’s young lives, it was a way to travel on a tight budget and expose them to other parts of the world. We ‘visited’ Australia, Germany, South Africa and Ghana – without having to leave our home, except for the library.

Our International Day studies were all done before any of my children were even of Kindergarten age, so they were very young. I’d like to say they remember it. While they don’t remember the studies themselves, they remember the people they met because of it and the food they ate. As with many things, a single exposure to a place or thing may make an impression, but it takes repeated exposures for it to be remembered. (Read more about making connections here.)

In general, our study took on this format. 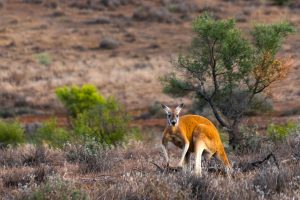 The 4 countries we chose to start with were because we knew people either living there or who were from that place. Being from South Africa myself, that was a logical place to start. I told my aunt in Australia about our study, and she very kindly packed up some boxes with stuffed toys of Aussie origin (koala, kangaroo, wombat and kookaburra), along with some tasty treats like Anzac cookies and Vegemite, and some children’s books about the country which we incorporated into our study.

When we studied South Africa, we watched the movie Duma about a boy and his pet cheetah. When we studied Australia, we watched Napoleon, about a Labrador puppy that accidentally lifts off the ground in a basket attached to helium balloons. The story is about his travels and the Aussie animals he meets along the way. We also watched Crocodile Dundee, part of which was set in the Australian Outback.

One of the highlights of the study was trying new foods. This reason, with the plan to expand my children’s palate for different foods, was probably the inspiration for the International Day study from the beginning. When we looked at Australia, we made food from the kids’ recipe book my aunt sent, had Vegemite sandwiches and Anzac cookies.

When we studied Ghana, a Ghanaian friend’s cousin came dressed in his typical Ghanaian clothing and prepared a traditional meat and rice dish with fried gingered plantains. Our study of Germany culminated in a delicious meal of cabbage rolls called Kohlrouladen – meatballs wrapped in blanched cabbage leaves, seared in bacon fat and then steamed in some broth, with the final touch being the addition of cream and bacon.

At the end of our week study about South Africa, we had bobotie, begrafnisrys (turmeric rice with cinnamon that might be served at funerals or other large gatherings), and malva pudding – a rich, baked, cake-like dessert, saturated with an orange cream sauce and served with a dollop of whipped cream.

While our International Day studies didn’t last very long (probably because I was still trying to find my feet as a homeschooling mom), the ideas, especially of eating foods from the region, did permeate other areas of study. For instance, I found a list of breakfast foods particular to each state and we incorporated some of them into our menu. We have also done food that was period-related in our unit studies. When we studied Genevieve Foster’s The World of Captain John Smith, we ended it with a meal from the times. We found a recipe for Pocahontas’ great-granddaughter’s chicken pot pie, and had Maids of Honor tarts for dessert, as they were sold as ‘fast food’ on London Bridge in London in the time of Queen Elizabeth I.

Part of making connections for children to help them learn and retain things you have taught them involves using the different senses. So why not add a tasty element into your study to bring it to life? 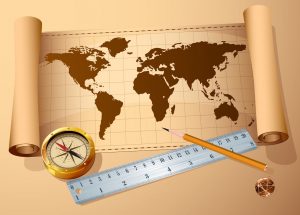 Start somewhere. You never know where it will lead you!